During a recent family trip to Florida, I had the opportunity to do some diving.  I made some grand plans with my Brother and Sister in law.  We were going to go down to Key Largo, and do some reef dives, and then the next day my Sister In Law and I would go out to Pompano and do a shallow wreck dive and a reef dive where she would teach me to hunt Lionfish.  So much for plans.  Between the wind and sea states, those trips we all cancelled which sent me scramblng for new dive sites.  For my dive with my Brother In Law, we went out to the Blue Heron Bridge.  The pilings aroudn the bridge are a safe harbor for fish, and all manner of interesting wild life lives there.  A snorkeling couse has been added as an artifical reef which draws more fish.  For this trip we planned to go towards the west pylon and peer to see what we could find.  There isnt much depth at the bridge, like 15-20 ft.  We submerged and started exploring.  This was my 2nd dive at the bridge and had an idea what we would see, so I made sure to bring the GoPro to take some video with the hopes of being able to pull out some nice snapshots, and some video.  I was very happy with what we saw, schools of Spade fish, lots of starfish, some crabs, some rock fish and sea slugs and flat worms.  We even saw a Lionfish hiding in the pylons. 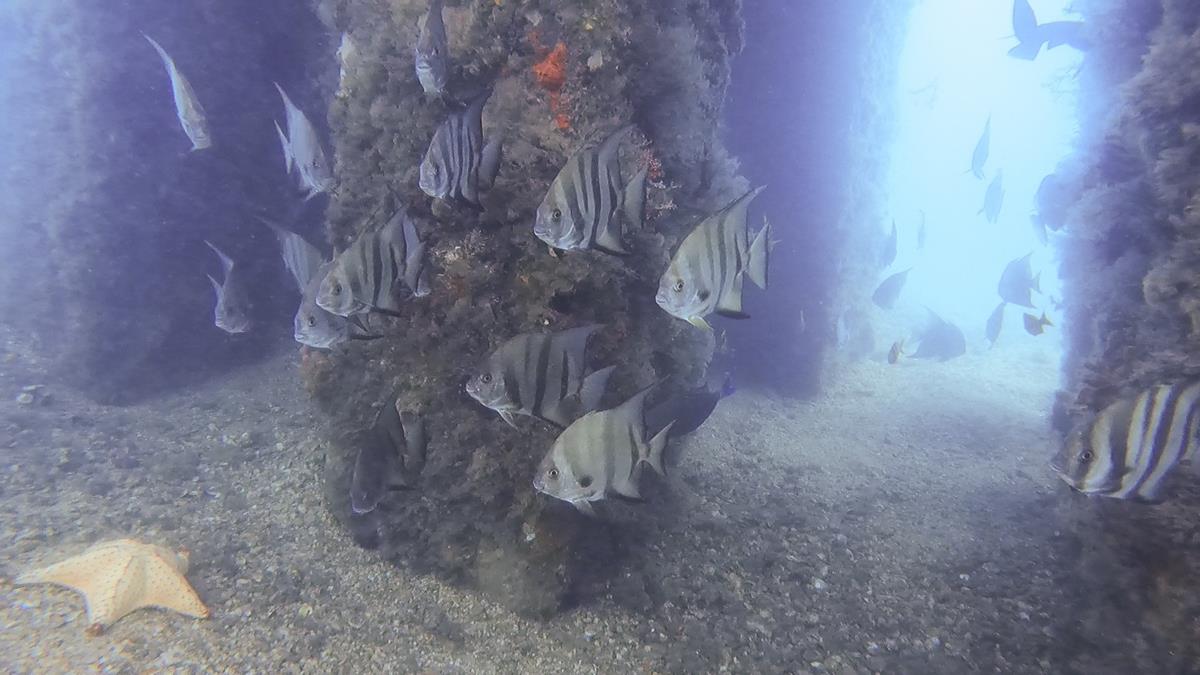 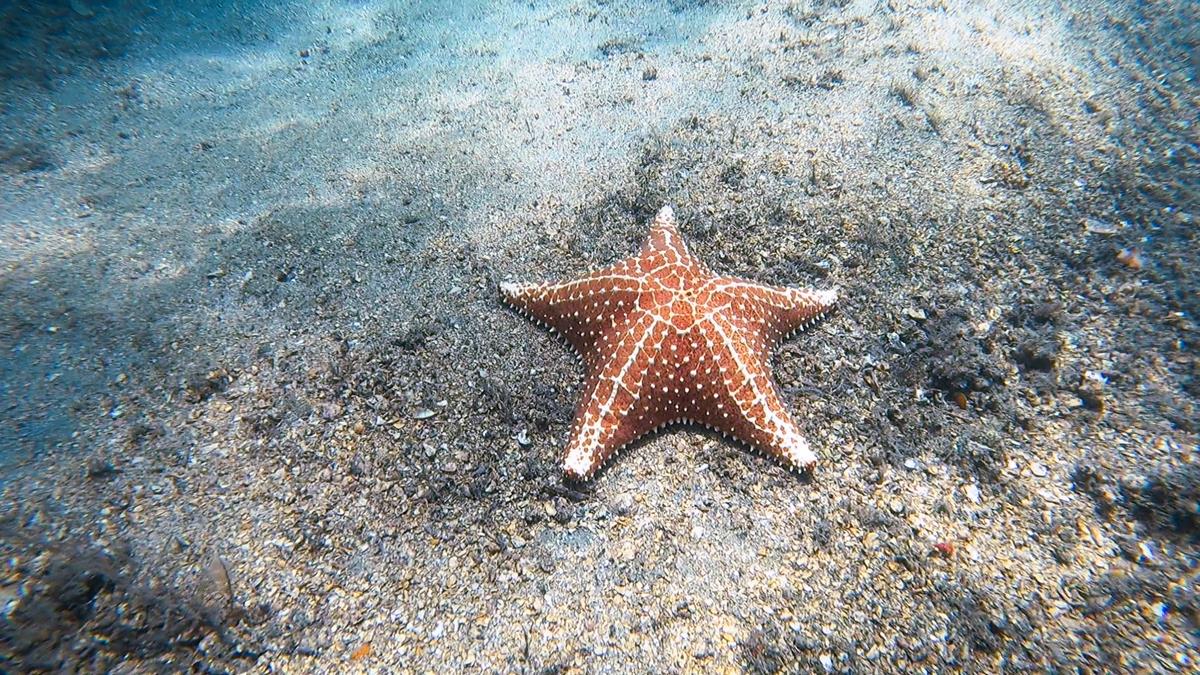 We did have 2 very unexpected encounters during this dive.  As we were coming around one of the pylons, my brother in law grabbed my attention to point out this shadows figure swimming in the distance. 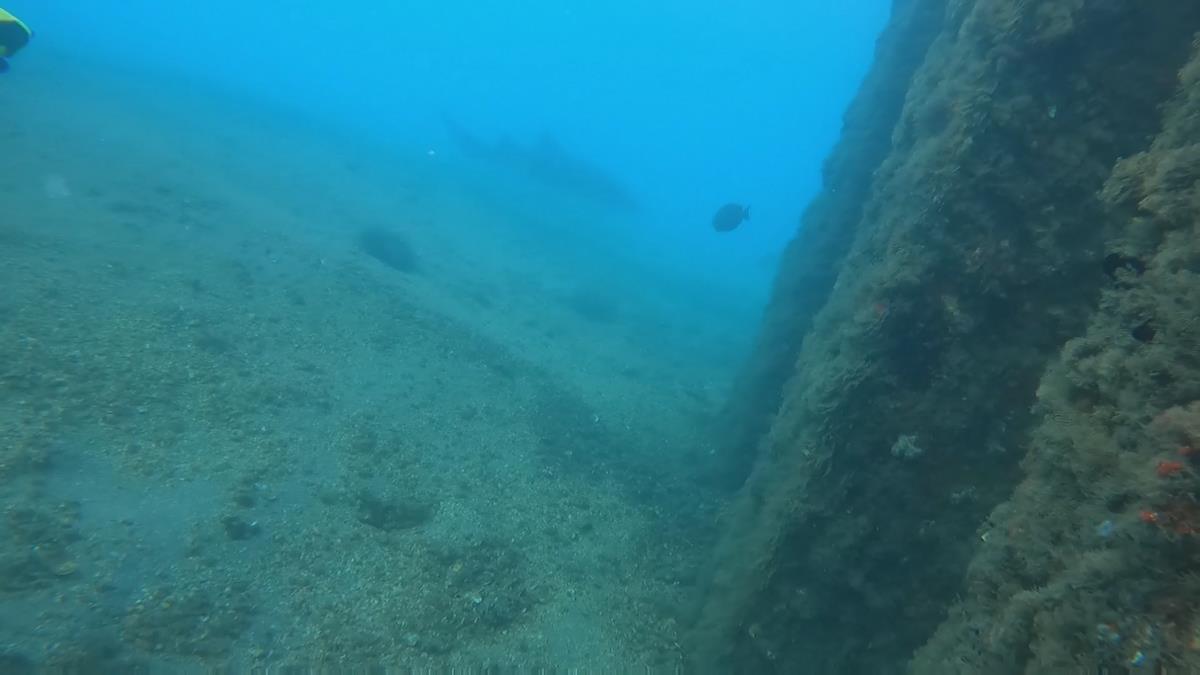 This Nurse Shark was swimming along happy as can be, and disapeared into the murk as we continued around the piling.  As a new diver, this was my first time encountering any shark in the wild, and it was certainly exciting. After watching the animal swim away, and not knowing what kind of shark it was, it occured to me that it literally could have come out of anywhere.  Which got my head on a swivel for the next 10 minutes as I was keeping my eye open for it or one of its relatives coming out of no where.

One of the thing we did while we were under, was to pick up some trash and fishing line.  My brother in law was way more pro-active about this activity than I was, but seeing how much fishing line he pulled up during our dive was really disheartening.  As we were wrapping up our dive, and heading back to the shore, we saw a large brightly colored metal coffee cup just laying on the ocean floor.  I went over to pick it up and saw something shoot into it.  Thinking it was a fish or a crab or something, I dumped the leaves and stuff that had collected in the cup out, made sure there was an animal still in it and conintued to the shore with my brother in law.  To my surprise after he carried the cup for a bit, he grabbed my attention and had me look in the cup, and I was floored to see this little guy hiding in the bottom of it. 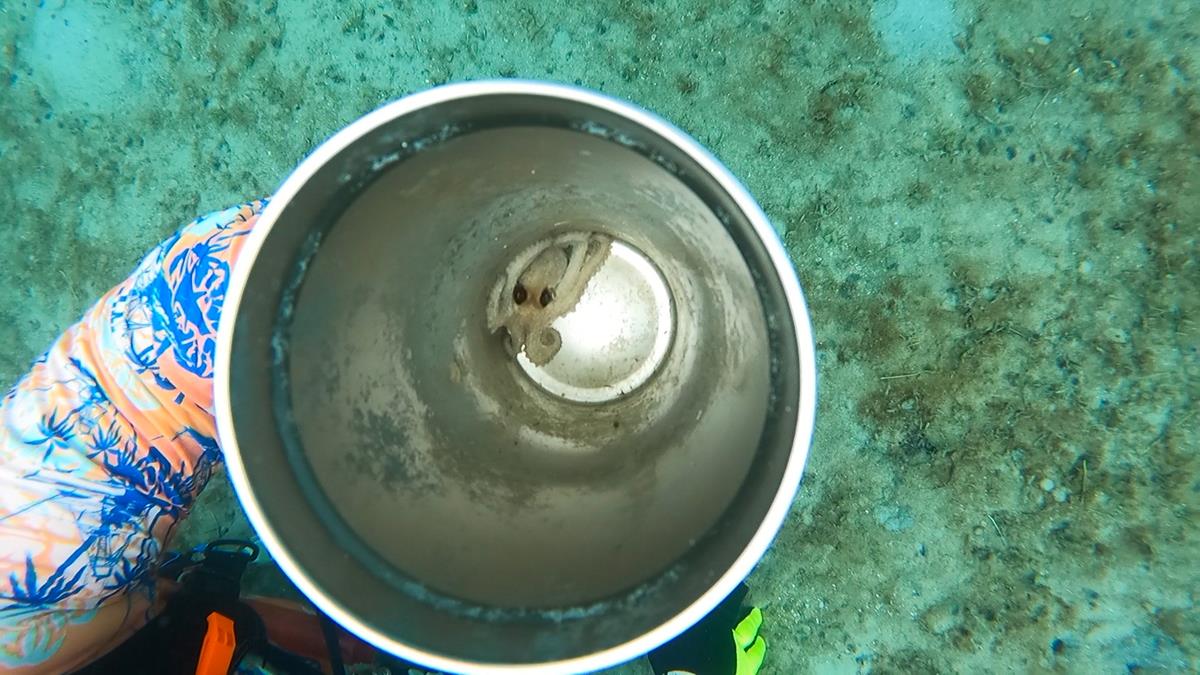 When I had initially looked in the cup, this little guy had looked like a bit of sand at the bottom, and I thought nothing of it.  Their powers of camoflage are amazing.  We spent several minutes trying to get the little guy to exit as we didnt want to leave the trash in water. Eventually we had to surface.  Once on the surface, we dumpted the water out of the cup, and he went on his way.  During this my GoPro was kind of just floating just under the surface and completely by random chance captured these images of the little guy making his escape. 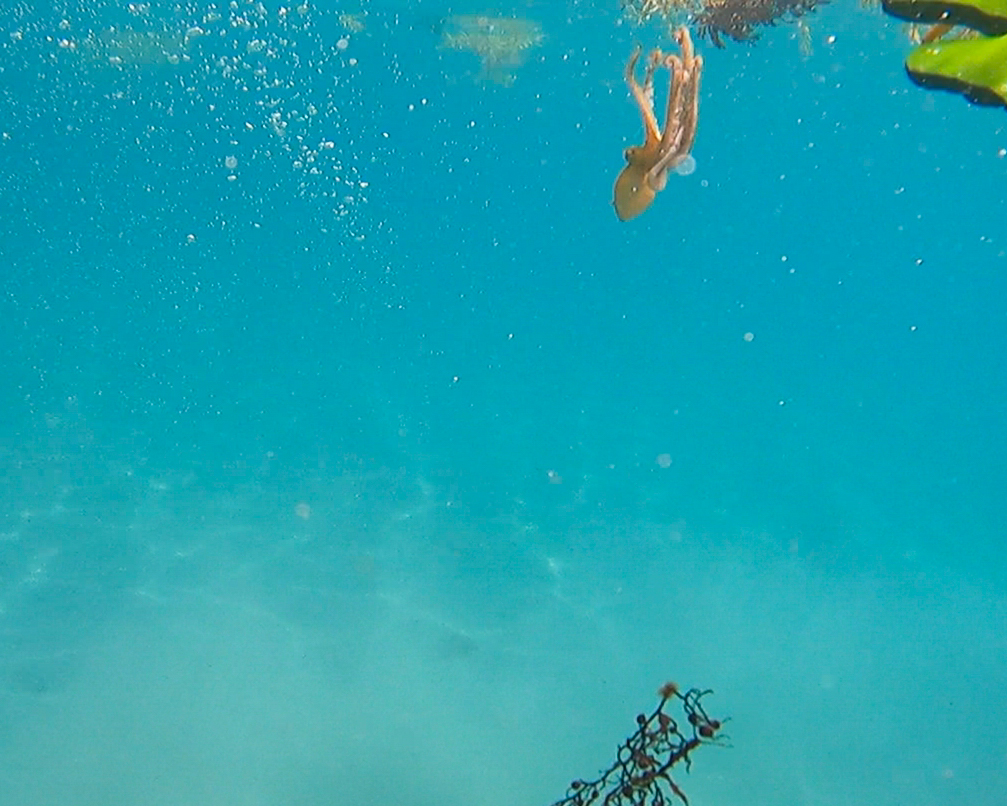 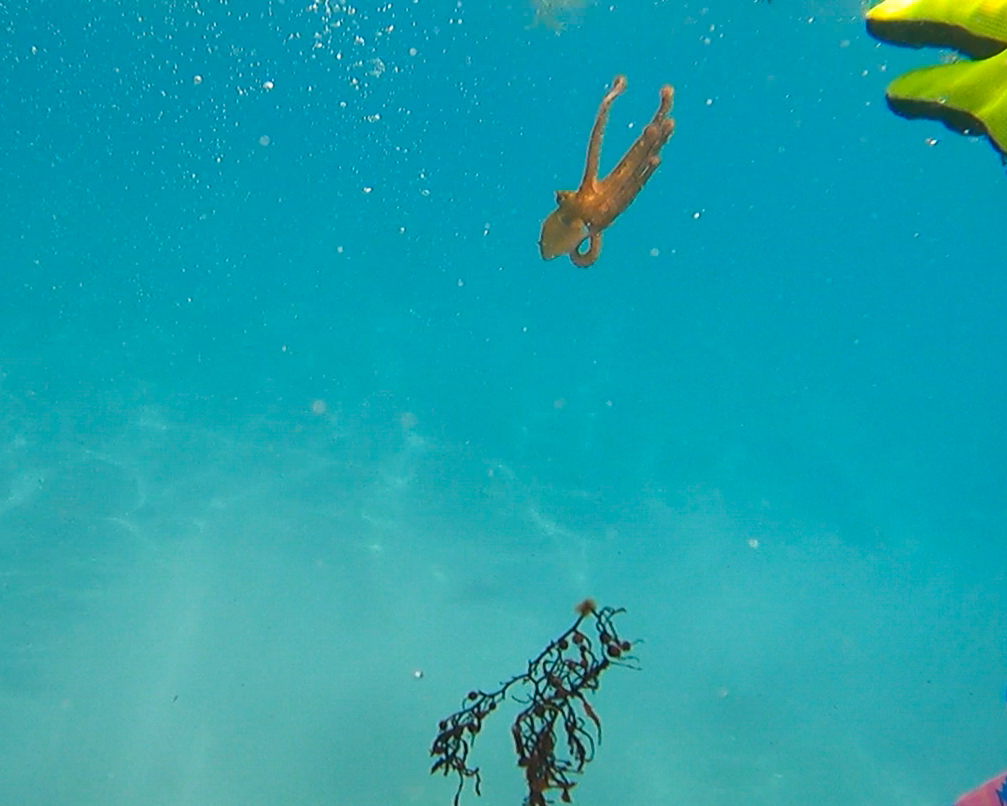 As a new diver, I really never expected to have such an up close encounter with an octopus. It was something I certainly wanted to see, but I know that finding octopus in the wild is super rare.  I can tell you that Mrs. AgentKnipe is really jealous as octopuses are one of her favorite things.

After all that excitement we exited, de-geared, loaded up the car and went to 5 Guys for some lunch.  Even after 2 dives at the Blue Heron Bridge, I am looking forward to my next dive there.  I highly recommend it for divers of all skill levels. 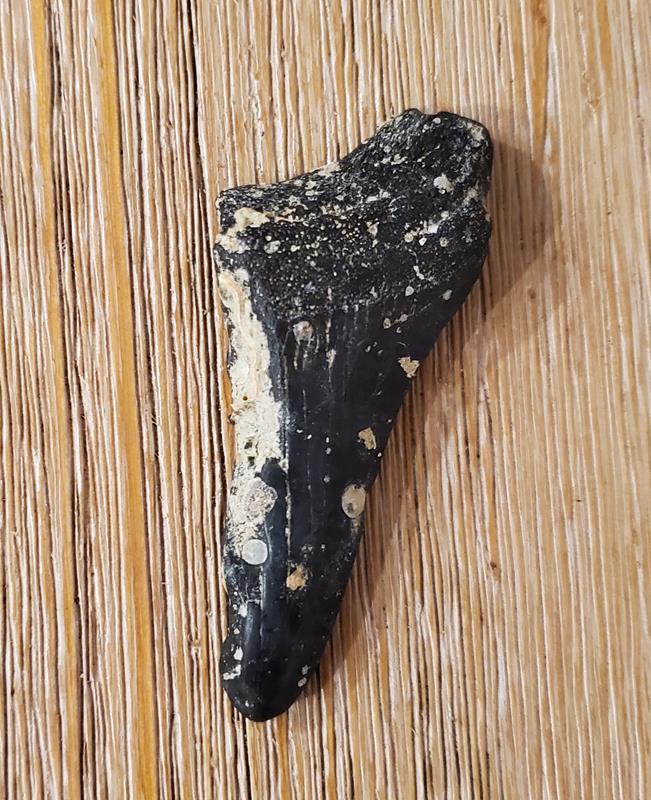 During a recent family trip to Florida, I had the opportunity to do so May 04, 2022 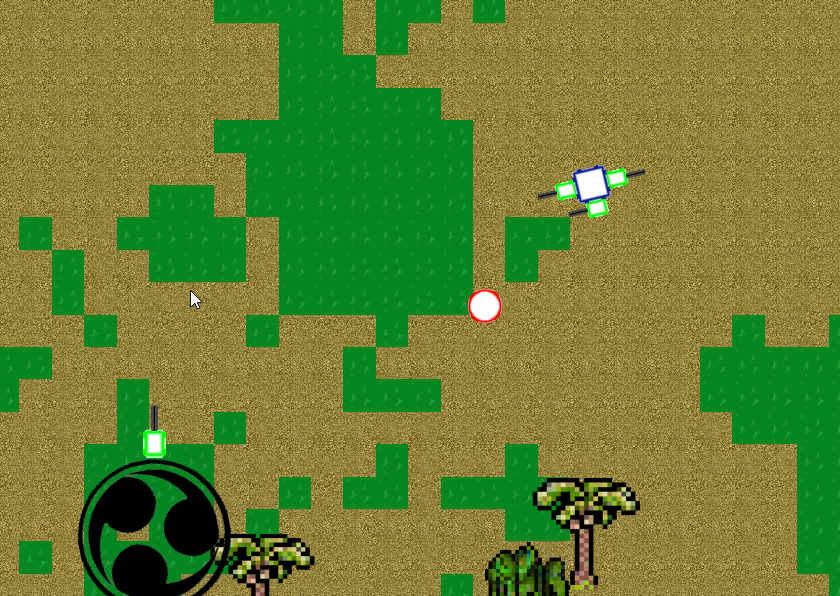 To say that I romanticize game development would probably be an unde May 01, 2020